Next year is the 200th anniversary of perhaps our best-loved china pattern – ‘Blue Italian’ by Spode, a range of blue-and-white earthenware that has graced dressers across Britain and America since 1816. The original transfer-print design was a blend of imagery: a romantic pastoral landscape based on a 1638 painting by the French artist Claude Lorrain, bordered by flowers and leaves copied from a Chinese  porcelain plate of 1735. ‘It’s a lovely Italian scene with oriental touches that’s proved as timeless as “Willow”,’ says specialist dealer Sue Norman, who hunts out early pieces for collectors. The famous ‘Willow’, too, was an early Spode pattern, dating to around 1790 and copied by many other potteries in the 19th and 20th centuries. Churchill China of Stoke-on-Trent still produces its 1818 version, ‘Blue Willow’, today.

The main features of any ‘Willow’ pattern are a willow tree, a bridge with people crossing it, and a traditional Chinese teahouse. ‘The first transferwares of the late 18th and early 19th centuries were all based on blue-and-white Chinese porcelain designs and oriental scenes,’ explains Antiques Roadshow expert Henry Sandon. ‘It was the overriding fashion of the time.’

So far, nearly 11,000 transfer-printed patterns have been recorded, spanning the late 18th to the early 20th centuries. Many of them were marked but a lot were not, which is why it pays to buy from a dealer with specialist knowledge. There were dinner, dessert and tea services, meat plates, muffin dishes, soup and sauce tureens, ladles, sauce boats and biscuit barrels. Transferware was the affordable alternative to expensive, hand-decorated porcelain, and a mainstay of the Staffordshire potteries that produced 90 per cent of it. ‘Transfer printing on ceramics was a peculiarly British invention, which the Chinese never adopted,’ says Henry. ‘It signalled the potteries’ move into mass production.

The upper classes still wanted hand-painted dinner and dessert services, and paid for the luxury, but the introduction of transferware meant that middle-class families could afford to buy tableware with complex designs.’ Transferware’s story runs in tandem with the Industrial Revolution and begins around 1757-58, when the Worcester factory was one of the first potteries to use transfer-printed patterns on porcelain. In the style of imported Chinese porcelain, cobalt-blue patterns were applied to biscuit-fired pottery before the glazing stage – at that time, cobalt blue was the only mineral hue that could withstand the 1,000°C- plus temperatures of the glost kiln. By 1775, transfer printing was the principle method of decorating in cobalt blue at Worcester, as it was at the Caughley factory (pronounced ‘Calfley’) in Shropshire, and the potteries of Liverpool, Leeds and Lowestoft.

The next turning point is 1785, the year that Josiah Spode I produced the first underglaze blue-and-white-printed earthenware at his factory in Stoke-on-Trent. The process hinged on perfecting an engraved copper plate from which to print. ‘The engravers were highly skilled,’ explains Henry. ‘For one table service, you might need 10 different coppers of various sizes to apply to plates, dishes, bowls, cups and saucers, and so on.’ It took four to six weeks to make a copper plate, but it was a worthwhile investment.

The plates were used to print patterns onto tissue-thin paper, which were then applied to biscuit-fired ceramics at a fraction of the cost and time required of hand-painted wares (see ‘Printing Patterns’ on p46 for more on how it was done). ‘Spode became a leader in the field,’ says Sue Norman. ‘The wares were made of high-quality clay and produced in an intense shade of blue. Like Wedgwood, they had a London showroom, which helped hugely with sales – although this is not to say that transferwares of equally good quality were not made by smaller factories, as they were.’ Sue regards the period from 1800 to the mid 1830s as the heyday of English transferware. ‘It was when the most interesting patterns were produced.

Around this time, the potteries used finer earthenware clay, known as pearlware, and a bluish glaze over the transfer print. You can tell if a piece is early by looking for small pools of bluish-tinged glaze on the base.’ The early 19th-century patterns spanned oriental and botanical images, buildings and topographical views of Britain, Europe and the colonies, and were usually based on paintings. A connoisseur might hunt for the ‘Grazing Rabbits’ (c1820) and ‘Beemaster’ (c1825) patterns, or Spode’s ‘Indian Sporting’ series (c1810), depicting leopard, bear and buffalo hunts, and ‘Caramanian’ series (c1815), which featured views of the Ottoman Empire. Prices for such pieces start in the low hundreds, with large meat plates rising to almost £1,000. More plentiful and affordable, with prices from around £150, are Spode’s ‘Gothic Castle’ (c1815) and ‘Botanical’ series (c1828), Ridgway’s ‘Dresden’ (c1830) and Davenport’s ‘Chinoiserie Ruins’ (c1815).

Oriental and scenic themes continued to be popular but evolved, as dealer Andrew Pye of Lovers of Blue & White explains: ‘The copyright act of 1842 put a stop to direct copying and brought about the patterns we call “romantic scenes”, comprising contrived groupings of castles, grand houses, lakes and trees.’ As the 19th century turned into the 20th century, dense floral patterns became popular, such as Burleigh’s ‘Blue Arden’, Ridgway’s ‘Chintz’ and series such as Adams’ ‘Cattle Scenes’, c1920s.

British buyers preferred blue-and-white china, which is why most antique transferware is in this palette, but from the late 18th century brown and black were also available, followed by the first of the ‘fancy colours’, green, in the 1820s, and, by the 1830s, pink, red, purple and grey, which became popular in America (see ‘American Love Affair’, p49). Like all good things, traditionally made transferware eventually petered out. ‘Up until the first world war, the quality remained very good,’ says Andrew Pye, ‘but in the inter-war years, it was more variable.

After the second world war, costs became an issue, and quality and detail decreased.’ Photographic lithography arrived, too, sealing the fate of the fiddly tissue-paper transfer print. Henry Sandon sums up the difference: ‘The early transferwares were more subtle in look, tone and shade, while photo lithography thumps you in the face!’ It’s time to treasure these antique wares afresh. 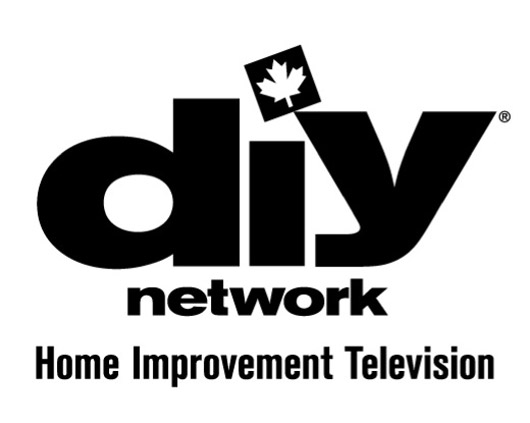